Innocent Man Charged With Murder Because His DNA Was Found On The Fingernails Of Victim, Whom He Had Never Met

The forensic use of DNA is rightly regarded as one of the most reliable ways of establishing the identity of someone who was present at a crime scene. As technology has advanced, it is possible to use extremely small traces of genetic material to identify people. One possibility that has so far received little attention is that the DNA of someone might be transferred accidentally to a murder victim’s body, say, even though the former person had absolutely nothing to do with the latter’s death, and maybe had never even met him or her. The Marshall Project has a fascinating and important report on just such a case.

Back in 2012, a group of men broke into the Silicon Valley home of a 66-year-old investor, tied him up, blindfolded him, and gagged him with duct tape. The duct tape caused him to suffocate, turning a robbery into a murder. Some DNA found on the victim’s fingernails matched that of a homeless man, who was well-known to local police. It seemed an open-and-shut case — even the alleged murderer, who had memory problems, admitted he might have done it, given this apparently incontrovertible proof. Fortunately, his lawyer was diligent in checking everything about her client in the hope of at least mitigating his punishment. As she examined his medical records, she discovered the following:

The medical records showed that [the accused] Anderson was also a regular in county hospitals. Most recently, he had arrived in an ambulance to Valley Medical Center, where he was declared inebriated nearly to the point of unconsciousness. Blood alcohol tests indicated he had consumed the equivalent of 21 beers. He spent the night detoxing. The next morning he was discharged, somewhat more sober.

That night her client had been in hospital was when the murder had been committed. Further research confirmed that he could not have been on the crime scene, and also that he had never met the victim. The question then became: how had his DNA — for there was no doubt it was his — ended up on the fingernails of a murdered man?

The connection was found in the paramedics who had responded to the discovery of the murder victim. It turned out that earlier that day they had taken the innocent man accused of the murder to Valley Medical Center after he had collapsed drunk in a supermarket. Somehow, improbable as it might seem, they had transferred his DNA onto the murder victim, where it was later discovered by the forensic scientists.

The Marshall Project article goes into much more detail about the case and the history of using DNA to solve crimes — it’s well-worth reading. It highlights two crucial facts that need to be taken into account when DNA is used as evidence, especially for serious crimes carrying heavy penalties. One is that we all leave our DNA everywhere:

An average person may shed upward of 50 million skin cells a day. Attorney Erin Murphy, author of “Inside the Cell,” a book about forensic DNA, has calculated that in two minutes the average person sheds enough skin cells to cover a football field. We also spew saliva, which is packed with DNA. If we stand still and talk for 30 seconds, our DNA may be found more than a yard away. With a forceful sneeze, it might land on a nearby wall.

To find out the prevalence of DNA in the world, a group of Dutch researchers tested 105 public items — escalator rails, public toilet door handles, shopping basket handles, coins. Ninety-one percent bore human DNA, sometimes from half a dozen people. Even items intimate to us — the armpits of our shirts, say — can bear other people’s DNA, they found.

The other fact is that contamination of key DNA samples by those investigating a crime is the rule, not the exception:

A 2016 study by Gill, the British forensic researcher, found DNA on three-quarters of crime scene tools he tested, including cameras, measuring tapes, and gloves. Those items can pick up DNA at one scene and move it to the next.

Once it arrives in the lab, the risk continues: One set of researchers found stray DNA in even the cleanest parts of their lab. Worried that the very case files they worked on could be a source of contamination, they tested 20. Seventy-five percent held the DNA of people who hadn’t handled the file.

As the article emphasizes, DNA is indeed an incredibly powerful forensic tool, which has helped convict the guilty, as well as exonerate the innocent. But it is not infallible. The question is: how many other people have been wrongly charged, convicted and punished because of stray DNA? 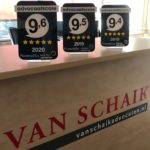 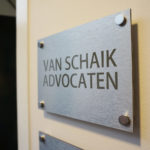 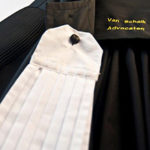 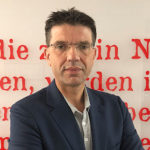 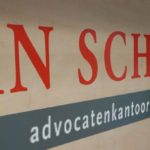